Croft Production Systems, Inc. was founded in 1986 as an exploration, production, operation, and consulting company. Due to a TEG explosion, our Founder, Mr. Preston Croft, designed and manufactured his first Passive Dehydration System. Initially, the unit was tested on his personal production wells. Over the last 30 years, modifications and upgrades have been made to ensure optimal reliability and up to date technology. The original unit was designed to address safety issues associated with TEG dehydrators, however in the early 1990’s it became more economical to use a Passive Dehydration System due to its environmental and economical benefits. Issues and concerns regarding the use of TEG units eventually convinced Preston Croft to sell his producing wells and go into business engineering, manufacturing, and servicing the Passive Dehydration Systems.

Mr. Croft’s son, our current President and Chief Executive Officer, Mr. Cameron Croft, joined the CROFT team in 2006 with a vision to expand our product and services. Cameron Croft envisioned CROFT to become a turnkey operation that would encompass and maximize its production line, engineering, manufacturing, and service to suit our client’s needs. Under Cameron Croft’s leadership, CROFT has grown from addressing smaller operations to larger operators across the United States. Beginning in 2013, CROFT began consulting for companies with needs in Central and South America, Europe, and Asia.

If you are looking for production or processing equipment for your well site, an Account Manager will be in touch with you within one business day. 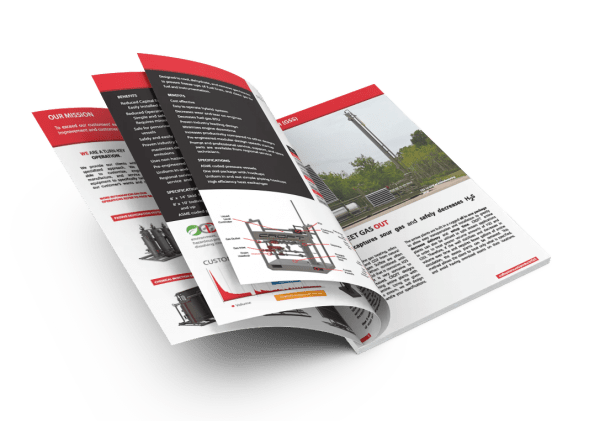 Download our e-catalog to read about the production equipment we offer for well sites across the globe.

The Rise of Renewable Natural Gas

This website uses cookies to improve your experience while you navigate through the website. Out of these cookies, the cookies that are categorized as necessary are stored on your browser as they are essential for the working of basic functionalities of the website. We also use third-party cookies that help us analyze and understand how you use this website. These cookies will be stored in your browser only with your consent. You also have the option to opt-out of these cookies. But opting out of some of these cookies may have an effect on your browsing experience.
Necessary Always Enabled
Necessary cookies are absolutely essential for the website to function properly. This category only includes cookies that ensures basic functionalities and security features of the website. These cookies do not store any personal information.
Non-necessary
Any cookies that may not be particularly necessary for the website to function and is used specifically to collect user personal data via analytics, ads, other embedded contents are termed as non-necessary cookies. It is mandatory to procure user consent prior to running these cookies on your website.
SAVE & ACCEPT
Scroll to Top